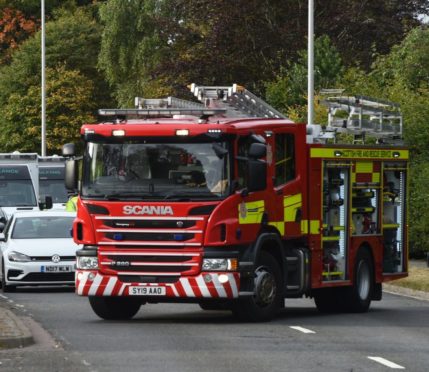 Emergency services are in attendance at a two-vehicle crash on a busy Aberdeen road.

The incident happened just before 8am this morning near Garthdee, on the A92 Aberdeen to Stonehaven road.

A spokeswoman for the fire service said they received the call by the ambulance service, and two appliances were sent out from North Anderson Drive.

A police spokesman said: “Around 8am, officers were called to the Bridge of Dee roundabout in the Garthdee area of Aberdeen, following a two-car crash.

“The road is currently closed and emergency services remain at the scene.”