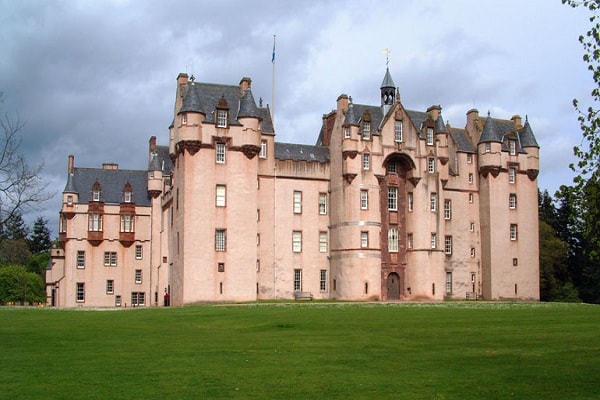 Five families have played a part in the history of Fyvie Castle, and its five towers bear their names: the Preston Tower, Meldrum Tower, Seton Tower, Gordon Tower and Leith Tower. Scottish monarchs stayed here at the beginning of the 12th century when it was only a wooden fort. It was reinforced in the 14th century by stonewalls and corner towers. Now in the hands of the National Trust for Scotland, the castle contains many valuable paintings, including 13 works by Raeburn, as well as Brussels tapestries and a collection of weapons. The superb gallery on the second floor of Leith Tower is the castle's showpiece.