Nowadays more than 70 golf courses dot the coastal country from Dundee to Aberdeen. With a mix of parkland courses and some of the British Isles' most highly rated links; the region is a top-flight golf destination.

Golf may have gotten its start in St. Andrews, but it didn't take long to start marching up the North Sea shoreline. Royal Aberdeen Golf Club was founded in 1780, 16 years after the Old Course. Royal Aberdeen also hosted the Scottish Open in 2014, won by Justin Rose. The club has a second course, and there are public golf courses at Auchmill, Balnagask, Hazlehead and King's Links. The 1999 winner of The Open Championship, Paul Lawrie, hails from the city.

There are new courses planned for the area, including world class facilities with major financial backing, the city and shire are set to become a hotbed for golf tourism. In summer 2012, Donald Trump opened a new state of the art golf course at Menie, just north of the city, as the Trump International Golf Links, Scotland.

Each year, thousands of golfers take golf breaks in Aberdeen. And it isn’t difficult to understand why: three championship golf courses wait to test your game - the Royal Aberdeen, Murcar and Cruden Bay. A further 50 or so courses beckon within easy reach of Aberdeen. Highly recommended are Newmachar, Ballater, Braemar, Lossiemouth, Huntly and Royal Tarlair.

Auchmill Golf Club website help you enjoy your virtual visit which intends to keep you up-to-date with the latest club information and the facilities they have to offer both for members and visitors. With their outstanding all new 12th and 13th holes soon to open, it really is an exciting time to join them. They look forward to welcoming you when you visit their wonderful club and promise your experience at Auchmill will be a truly memorable one.
Read More

The largest independent retail centre in Scotland boasts a 56 bay floodlit driving range on 2 tiers with carpeted bays and the finest quality mats and range balls. Their Award winning 3000 sq ft superstore, stocks everything for the beginner to the seasoned golfer. Lessons are available 7 days a week with one of their PGA Professionals or Trainee Professionals. One of Scotland's most popular golf centres where they are dedicated to improving your game!
Read More 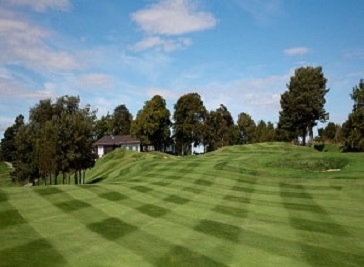