The frontman is set to seal the move after the offer was accepted by Livingston and the manager has no hard feelings despite losing a key man.

Holt said: “I’m buzzing for the big man – we all are. Any player who comes in, and does well for us, then moves to enhance his career is a feather in the cap for everybody, not just me, but everyone at the club.

“It shows people who want to come and learn, work hard and enjoy their work have the chance to improve.

“We’ve agreed our end and if the deal gets done there will be no one more pleased than me.

“It’s a massive loss for us, of course it is. But one door closes and another one opens.

“Big Jack Hamilton came in at the last minute and didn’t do himself any harm. He still needs to learn the game but what a test for him.

“He wasn’t a fish out of water, but when he came off he said, ‘that’s hard work gaffer’!

“I told him that’s what it will be like every week, that’s why we’ll keep pushing him to improve. Lyndon had that but it’s up to him now.

Holt is convinced Dykes will go down a storm in the Championship and he’s not worried about getting a slice of the bumper fee to strengthen.

He said: “I spoke to Lyndon and told him he’ll do well down there if he embraces it like he did here. Don’t go there and think you’ve made it.

“Go and buy in to what they are doing and see if you can improve again. It’s another level but knowing his traits and personality, he’ll thrive on it.

“There are some centre halves down there who will know they are in a game.

“I haven’t thought about the money. I’m delighted for the club but I just see what comes. My phone will be red hot with players who want to come.

“It’s about the right ones who will enhance the group.”

Holt didn’t have Dykes on board to face Rangers yesterday but his men dug deep to keep the Ibrox side at bay.

The boss said: “The game plan and the shape of the team was excellent. You’d like us to be a bit better with the ball but Rangers don’t give you the opportunity.

“I can’t fault them for work-rate and desire, with that willing to put their bodies in where it hurts.

“Rangers are an exceptional side, they have attacking players with real flair, but I told the boys not to get anxious when we didn’t have the ball, just stick to the game plan.

“It was about doing our jobs and I thought we were excellent defensively.”

Keeper Max Stryjek produced a sensational late stop to deny Borna Barisic on his debut as a replacement for on loan Rangers youngster Robby McCrorie.

Holt said: “We limited their opportunities on target and the ones they did have, big Max was superb.

“We wanted two guys who will fight for that no.1 jersery, we want Robby McCrorie on his toes, and that’s what we’ve got.

“He’ll need to be on the top of his game because Max is up there. Performances like that won’t hurt his cause.” 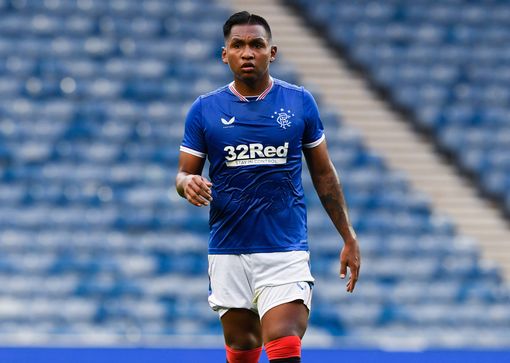 The grant will transform a vacant industrial unit into the new community facility. Daily Record – Home …