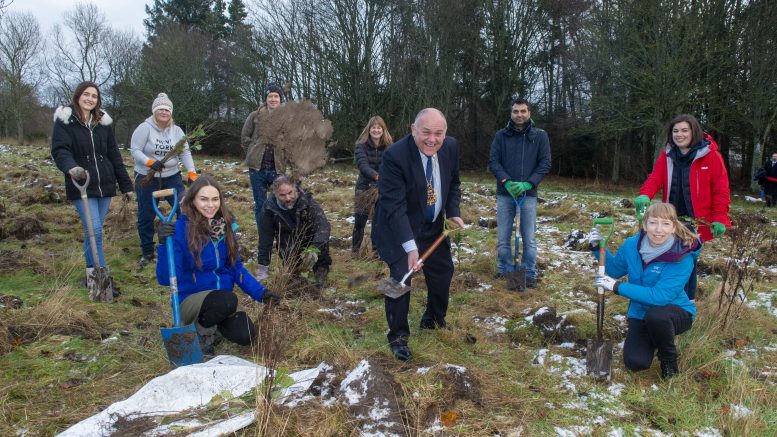 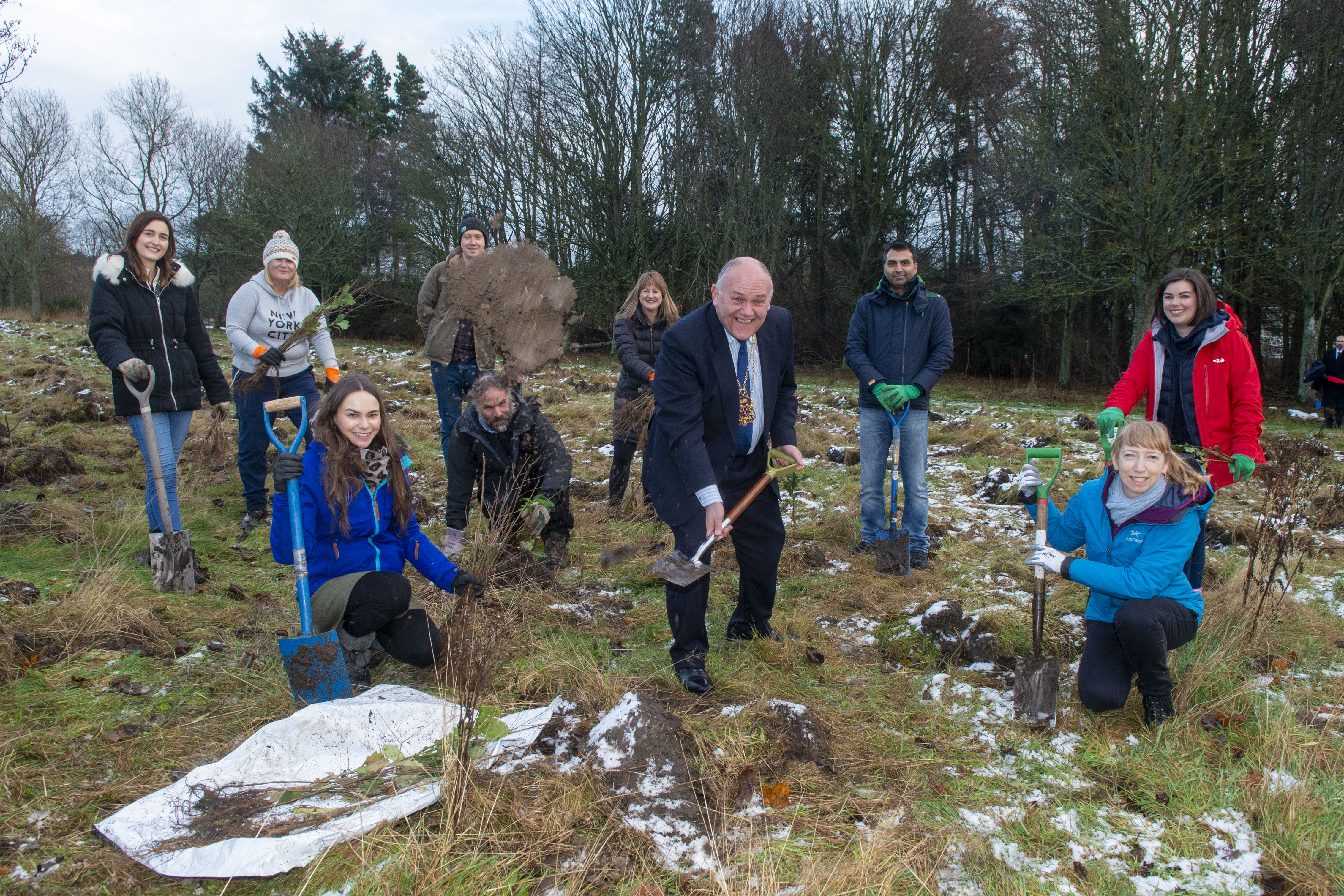 The first of thousands of trees have been planted in an Aberdeen community which will boost wildlife habitats and help tackle climate change.

A team from energy company bp planted 1,800 trees as part of a total of 4,244 being planted this winter in Riverview Park at Dyce in a project led by Aberdeen City Council in partnership with the charity Future Woodlands Scotland and bp.

A drop-in and online consultation was held earlier this year to gather local residents’ opinions for the tree planting and the location of a path going through the trees.

The Lord Provost of Aberdeen Barney Crockett said: “It’s fantastic that the first of the trees for Riverview Park have been planted as it is an important corridor for wildlife and is also a well-used greenspace.

“Planting more trees now will be for the benefit of future generations and these new ones at Riverside Park will ensure it will be continued to be much enjoyed by residents in Dyce.

“It’s wonderful to have had the enthusiastic help from bp staff for this initiative which will also be part of Aberdeen City Council’s drive to reach net zero.”

The work, which is part of ACC’s Climate Change Plan which shows the proactive response to reduce target emissions through council buildings, mobility, transport, and council operations and includes target of net zero carbon emissions by 2045, is also aimed at allowing people to get closer to nature in their local area.

The tree planting will be supported by the Future Woodlands Fund, which was launched in March with £2million of support from bp and was set up to assist farmers and land managers across Scotland to plant new native woodlands.

bp has supported the regeneration of native woodlands in Scotland for more than 20 years. Giles Mackey, HSE and carbon manager at bp North Sea, said: “We are delighted that our staff were able to get hands on with the creation of this new native woodland, planting more than 1,800 trees over two days and making good progress towards the 4,244 new trees planned for the site.

“bp has been located in this part of the city for many years and we’re pleased to be able to contribute to a new woodland that provides wildlife habitats and green spaces for the community to enjoy.”

Tim Hall, Chair of Future Woodlands Scotland said: ‘The Future Woodlands Fund was launched in March with £2million funding from bp and is helping farmers and land managers across Scotland to create new, native woodlands as a response to the current biodiversity crisis and the imperative to move towards a lower carbon future.

“The Riverview site is particularly special to us because it is the first Future Woodlands Fund scheme to be planted, but all the more so because of the enthusiastic involvement of Aberdeen City Council and the bp staff.”