Aberdeen boasts one of the busiest and most impressive ports in the UK, with over 28,000 shipping movements taking place annually. This fully narrated tour takes you out and about amongst the lively harbour. Get close up views of the numerous oil industry support vessels berthed in the harbour and docks. View Aberdeen’s skyline from a different perspective and enjoy being out on the water.

There are four boat clubs that row on the River Dee: Aberdeen Boat Club (ABC), Aberdeen Schools Rowing Association (ASRA), Aberdeen University Boat Club (AUBC) and Robert Gordon University Boat Club (RGUBC). There are regattas and head races annually, managed by the Committee of the Dee. There is also a boat race held every year between AUBC and RGUBC. The race is in mixed eights, and usually held in late February / early March.

The boating club welcomes new members at all levels from complete beginners to experienced rowers. They offer seasonal novice events for new starters and weekend social rowing for those seeking fitness in a more relaxed setting.

Aberdeen Boat Club (ABC) was founded in 1865 and celebrated its 150th Anniversary in 2015. Throughout its history it has been one of Scotland’s most successful rowing clubs, in membership numbers, participation, competitive achievement and the quality and range of the club’s facilities. They are Scotland's largest rowing club and one of the longest established clubs in the UK. They have active men’s and women’s squads at all levels, as well as a healthy number of members who prefer the more social side to rowing.
Read More 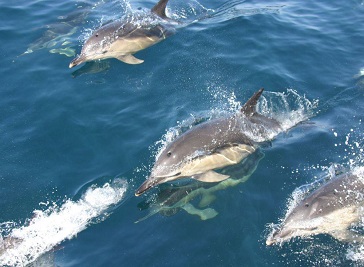 We are a local Family run Business operating from Aberdeen Harbour for 25 years offering harbour tours and sight seeing Trips out to see the Dolphins .

Aberdeen University Boat Club is the largest and one of the most successful clubs at the University of Aberdeen. First founded in 1870 the club has seen a rich history seeing the likes of national and international athletes pass through its boathouse. Situated on the banks of the River Dee the club prides itself in delivering the sport.