The Cairngorms in Aberdeen 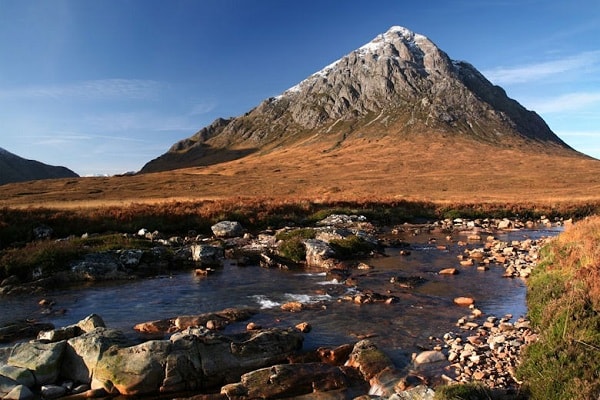 Britain's tallest and largest mountain range, the Cairngorms are home to the country's largest expanses of native forests and are widely regarded as one of Scotland's most stunning places of natural beauty. Crisscrossed by clean rivers and lochs, as well as moorland teeming with wildlife, it's a popular place for hikers and skiers (slopes are situated to the west of Braemar).

The highest peak in the Cairngorms National Park is Ben Macdui (4,300 ft), while Cairn Gorm (4,084 ft) itself boasts one of the most spectacular high-level footpaths in Scotland, accessible year round by chairlift. The summits of Braeriach, Cairn Toul and The Devil's Point probably offer the most impressive views.