Health Clinics and Hospitals in Aberdeen

A large number of outpatients are seen at the Woolmanhill Hospital in the city centre.  Roxburghe House is a new purpose-built unit providing palliative care for terminally ill patients. Dr Gray's Hospital is the district general hospital based in Elgin, Moray.

Children with special needs are cared for at the Raeden Centre jointly with Aberdeen City Council. The Oaks is a another purpose-built unit which provides specialist care and support for people with cancer and other progressive illnesses in Moray.

Royal Cornhill Hospital is the main centre in the North East of Scotland for the care and treatment of people with mental health problems. It is also the main training centre for medical and nursing staff who work in mental health. The hospital is located close to the centre of Aberdeen and provides in-patient, outpatient and day patient care.
Read More 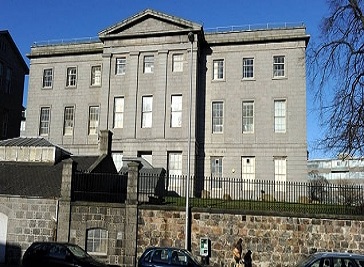 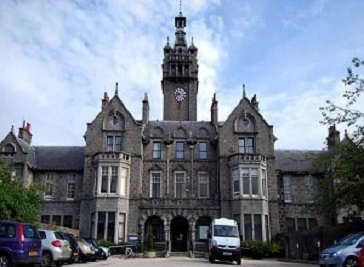 Woodend Municipal Hospital was opened in 1927. The Corporation, in liaison with Aberdeen Royal Infirmary, used Woodend as a general hospital with a special block being set aside for the treatment of non-pulmonary tuberculosis, pneumonia and similar cases. On the introduction of the NHS in 1947 Woodend became part of the NHS.