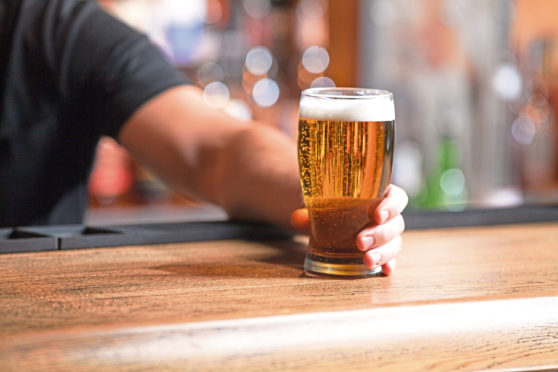 Up to 12,500 jobs could be lost in Scotland’s bars and pubs, with nearly nine in 10 premises reporting a drop in revenue, a survey has found.

The Scottish Licensed Trade Association (SLTA) has released a survey showing the industry faces a “battle for survival” as a result of Covid-19.

Responses from 600 premises found 45% of owners do not expect to return to normal trading until a vaccine for the disease is found.

Some 85% reported a decline in footfall while 89% have experienced a drop in revenue.

The survey, sponsored by KPMG, found revenues have dropped by more than half from the same period last year at 38% of premises.

Social distancing regulations have also had an impact, with pubs and bars spending an average of £2,500 per outlet to comply with the rules.

Colin Wilkinson, managing director of the SLTA, said: “The impact of Covid has been more severe for Scotland’s pubs and bars than virtually any other sector, and we now face the stark reality that up to 12,500 jobs could be lost as nearly 90% of premises report that their revenue is down versus last year, with 38% reporting revenue decreases of over 50%.

“Our own survey reinforces a recent survey by the University of Edinburgh on behalf of the tourism industry, which shows the devastating impact on employment in pubs, bars and the wider hospitality sector.”

He added: “With many people working from home and local restrictions, one of Scotland’s major employment sectors faces unparalleled difficulties and the current business climate is leading to a real threat of permanent business closures and job losses.”

Alistair McAlinden, head of hospitality and leisure for KPMG in Scotland, said: “It’s incredibly concerning but not entirely surprising, to hear that so many licensed trade operators across Scotland are worried about large-scale job losses and possible business failures over the next twelve months.

“The industry is facing a battle for survival and there will inevitably be some casualties.”