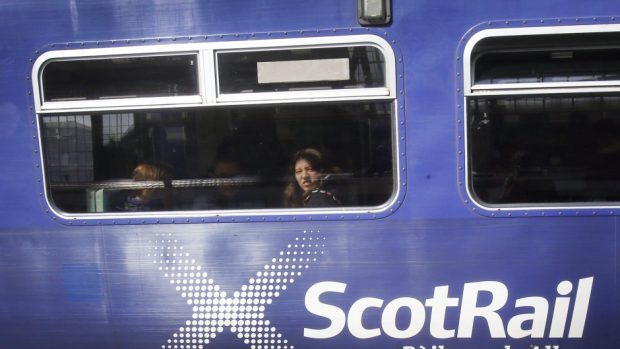 ScotRail has announced alterations to its journey schedule in the north and east of Scotland today, as Storm Alex threatens to disrupt travel in the area.

The train firm said it would be imposing a blanket 40mph speed limit across the affected areas from 4pm and reducing the frequency of its services ahead of a controlled shutdown of the network at around 7pm.

With an Amber weather warning from @MetOffice in place for the east and north of Scotland later today, we’ll reduce the frequency of services running in these areas from late afternoon, with a controlled shut down of the network around 19:00 tonight.

The last train from Glasgow Queen Street to Inverness will now leave at 3.08pm, with the final train in the opposite direction on the route leaving Inverness at 5.27pm.

On the Edinburgh to Inverness route, the last trains will leave the capital at 5.42pm and the Highland city at 3.56pm.

The last train from Aberdeen to Inverness will leave at 6.18pm, and in the opposite direction at 6.11pm.

Between Inverness and Kyle of Lochalsh/Wick, the services are expected to run as normal, though the last trains of the day are likely to arrive late.

The cautious changes come as wet weather threatens travel across the region.

The A83 Tarbert to Campbeltown road is set to close at the Rest and Be Thankful this afternoon as a safety precaution, with the diversion route along Old Military Road in use until afternoon tomorrow.

Roads operator Bear Scotland said its incident response teams would be on high alert to deal with any incidents that might occur as a result of the damage from Storm Alex.

The Met Office has issued a yellow weather warning for the entire east coast of Scotland, with an amber warning also in place for most of Aberdeen and Aberdeenshire.

SEPA, meanwhile, has put out a flood alert for the north-east, the east and northernmost parts of the Highlands, and Orkney.

The environmental agency warns of likely significant flooding impacts from river and surface water in these areas.